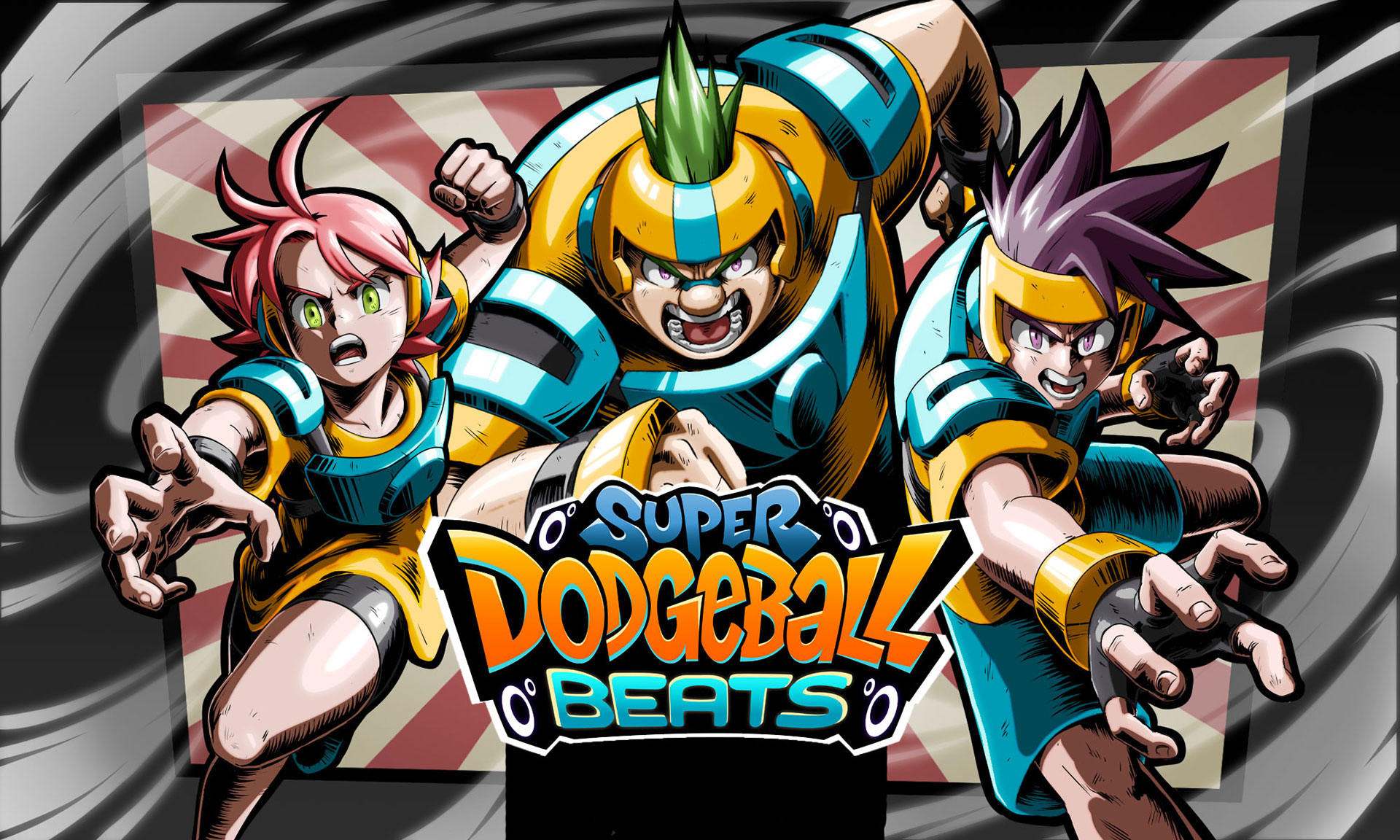 You only have to glance through any sports newspaper to see that Dodgeball has become the most important sport in the world … well, at least in the newspapers that we read… we place ourselves in the present, in Japan, where three bad students from a secondary school set up a Dogdeball team, in the hope of achieving the popularity that has so escaped them. They will begin by facing teams from other schools in the neighborhood (Initiation Tournament). This tournament will be very short, in which the player faces two teams, in an elimination round. They will go to a final which they will lose (we fix it so that it is so), but the team against which they lose will be disqualified, so they give us a place in the National Major League. Here we play, in a league format (although in a single game, there is no return match), against a total of 10 teams.
The top 8 go on to play in the Play-Offs for the title. In fact, our protagonists set up an amateur team and, almost by accident, will find themselves involved in the most important world Dodgeball competitions. Now it’s time to battle it out in the arena to try to win the championship 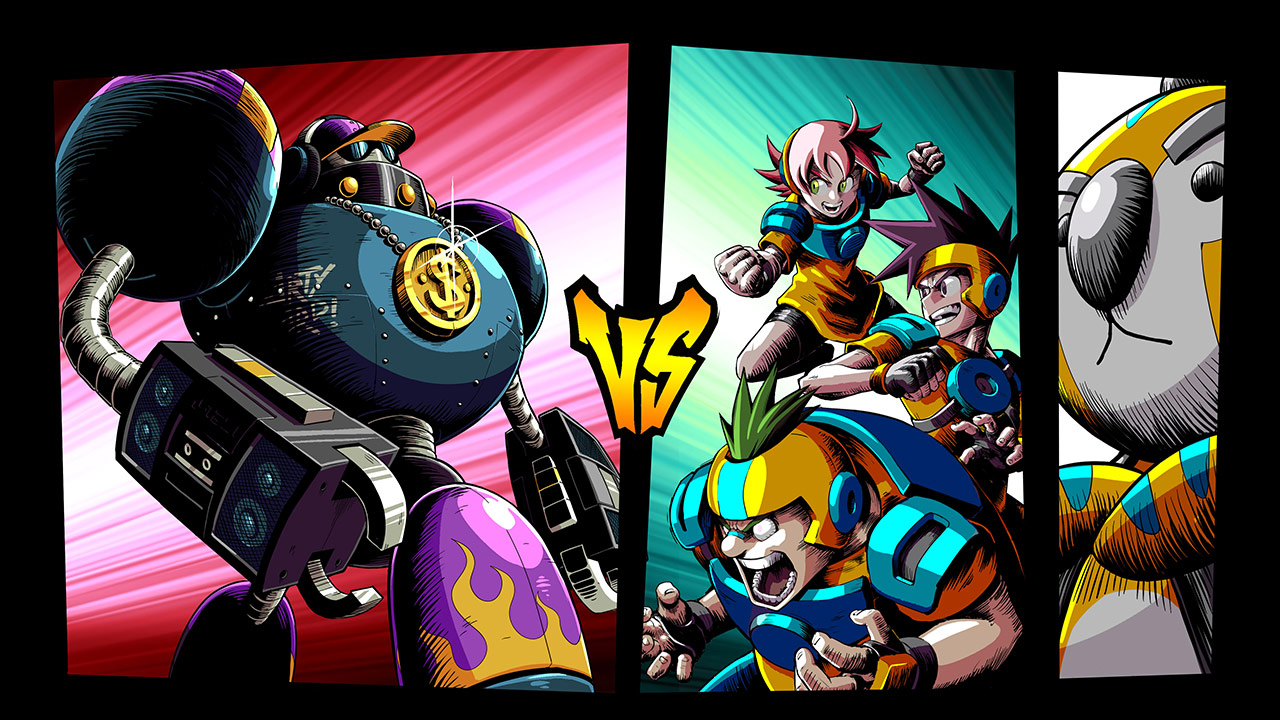 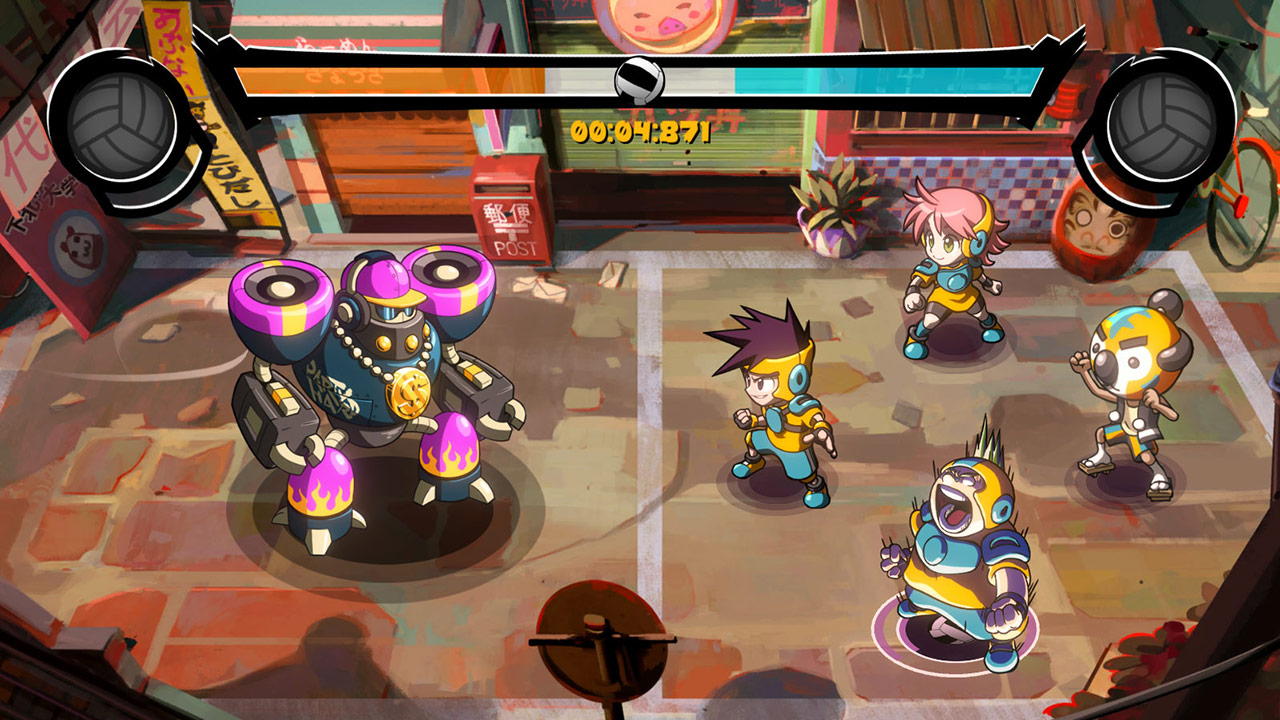 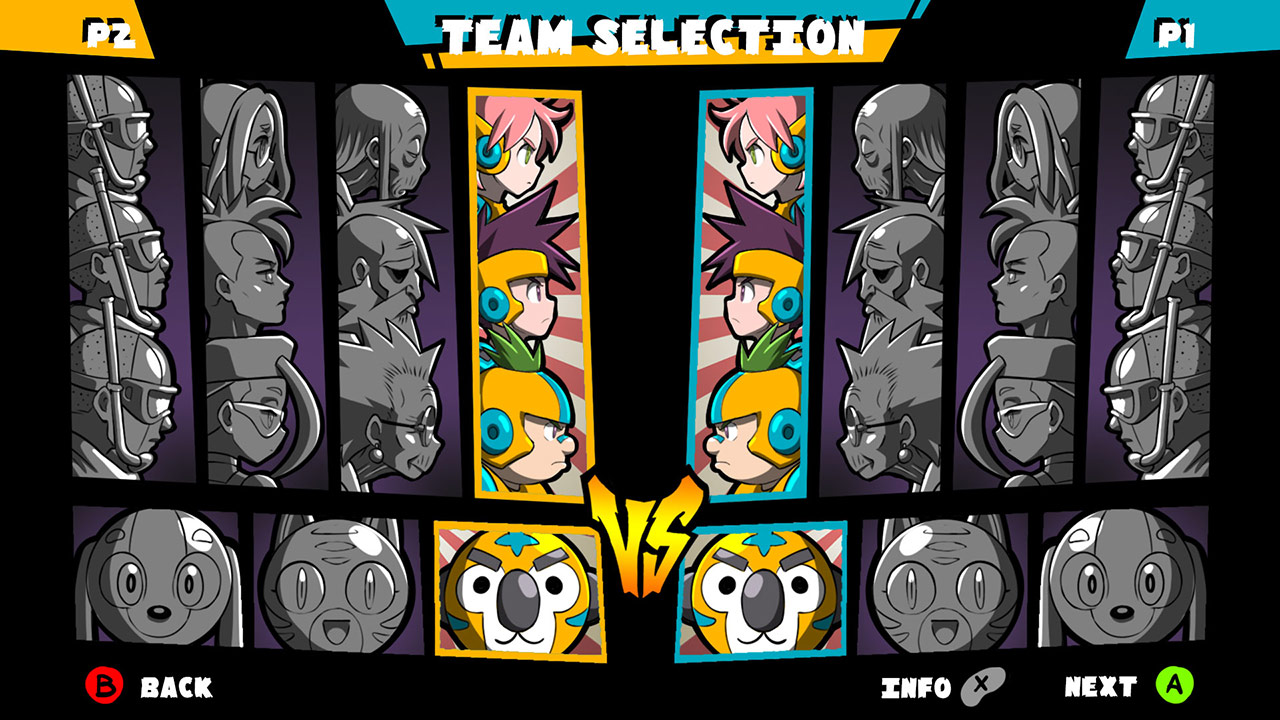 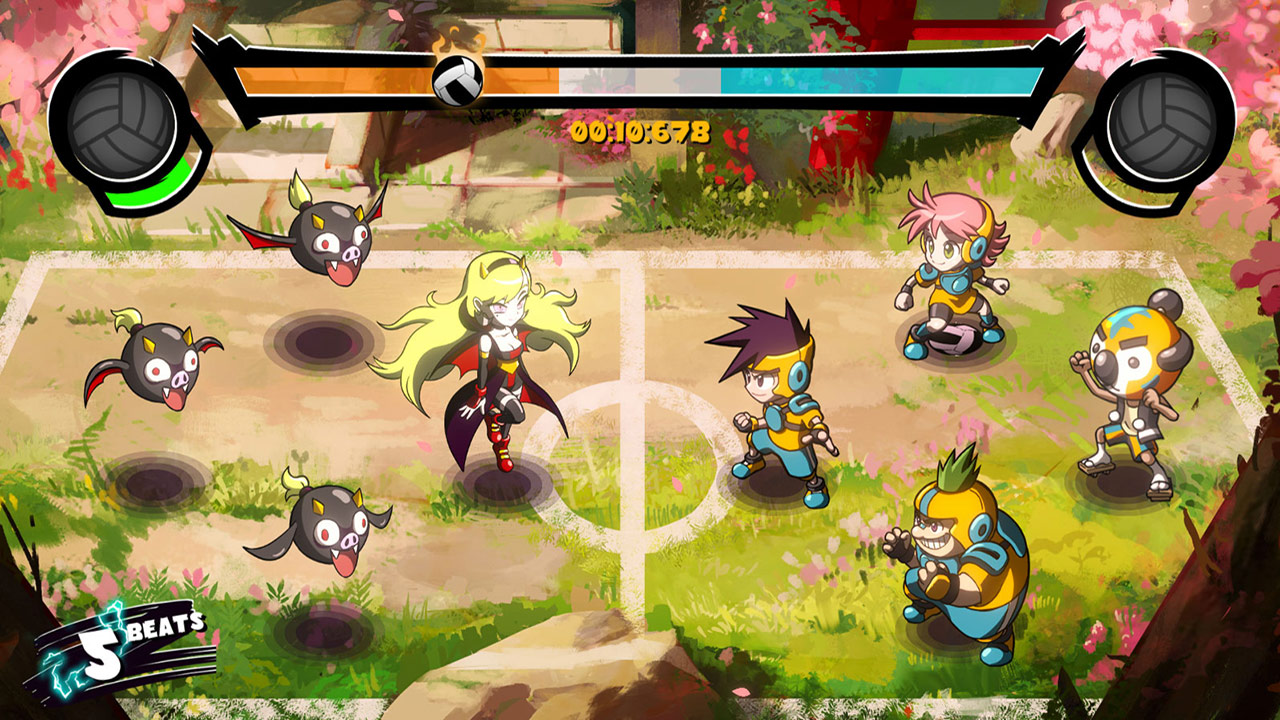 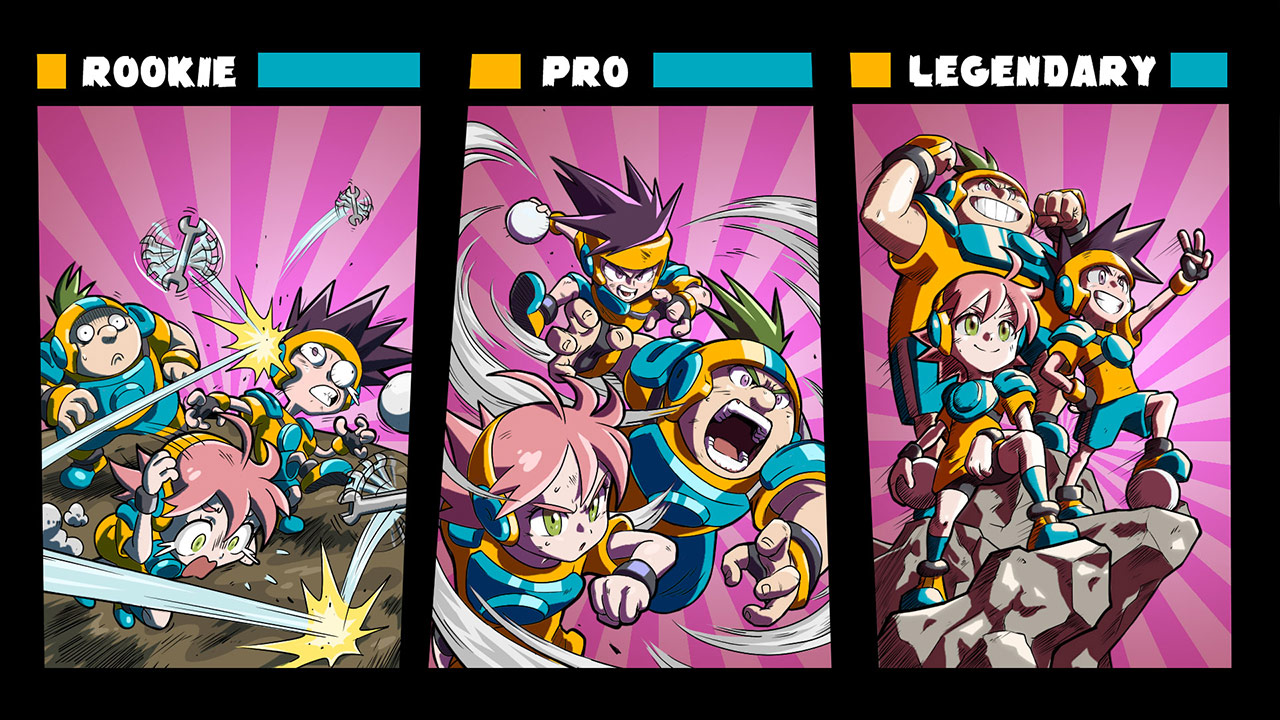 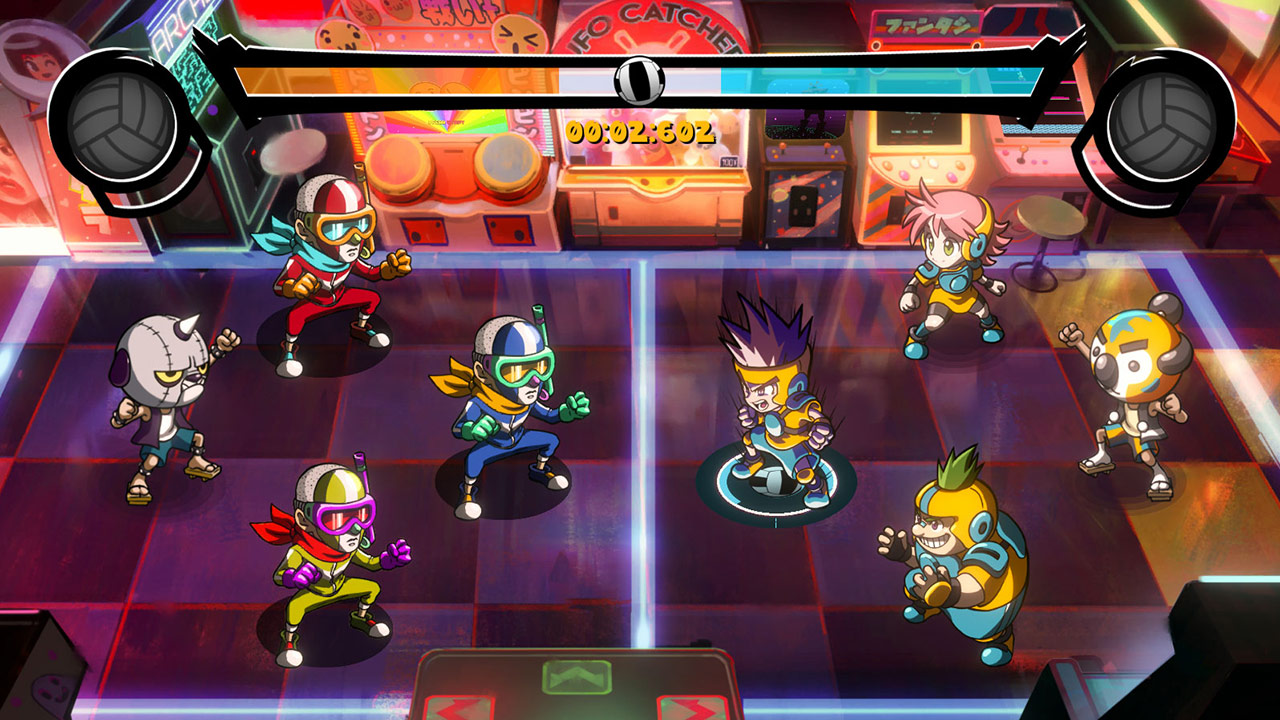 Actually, we could say that Dodgeball is an excuse for throwing some fun matches into a musical game that, as we have seen, has a deeper layer than most titles on the market.
Our game mechanics have to do with the speed and accuracy when marking the beats (in the form of signals that we send you on the screen) with the buttons on your controller. When you get one of these signals, you have to press the correct button. You are able to hit it, miss it or make a “perfect”. These possible outcomes give greater or fewer points, or directly subtract them. That score is reflected in a bar that tells us in which direction the ball will go. If, when the game is over, the ball is in your field, you have won. The beats are marked to the rhythm of the music that we play, and the matches have the duration of the theme song.
But it doesn’t stop here. To the already required skill to hit with the beats, the player also has to manage the power-ups that he is getting, as well as to deal with those that the opponent has sent him to make his game more difficult.
And who gives us those power-ups that are going to be so important in the development of the games? Well, the supporters that we will choose to buoy us up on our way to victory. We have a series of common power-ups for both players but, in addition, we have exclusive power-ups for each of the supporters, which contribute different things. It is part of the player’s strategy to choose what kind of fans he prefers when facing each game. Ultimately, just like the most exciting sports stars in history, we owe it all to our fans.
So, what we have is: a great variety of music, the addictive mechanics of playing to hit the right beats, fun characters that make up the teams, power-ups to manage, choosing the profile of the fans you want to support you in each game and the excitement of sports games where day after day you have to try to climb to the heights of the league table. But, also, depending on the number of “perfects” you have achieved, you will get a certain number of stars which, for sure, will make you want to play SDB again and again.